“Although the weather system isn’t as strong as last year, two La Niñas back-to-back combined with worms carried over from last autumn, have increased the worm risk.

“In wetter areas, we recommend producers monitor sheep every four weeks for the next few months – they can do this by monitoring sentinel mobs, those similar to other mobs in age, class, drenching and paddock history.”

To get the best value for money, Dr Love advised producers to use the most effective drenches. 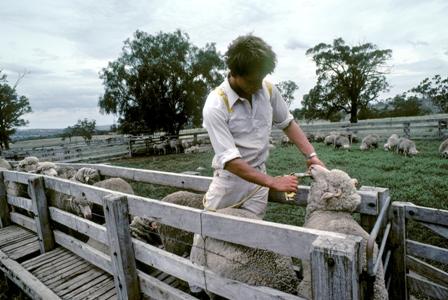 NSW DPI says WEC monitoring and drenching with effective drenches will pay dividends this season with the cost of untreated worm burdens threatening production losses, and in some cases, stock deaths

“These paddocks must be kept sheep-free for about three months, depending on the temperature, to allow worm larvae on pasture to die off in significant numbers - we advise producers aim for a 90 per cent larval kill this summer.

Sheep worm management principles apply to goats and alpaca.  Cattle up to 18 months of age are vulnerable to high round worm burdens and liver fluke and should be monitored.

Dr Love said WEC and growth rate monitoring is important in cattle, especially when the summer and autumn seasons are wetter than usual.

“With increasing evidence of drench resistance in cattle worms, we advise a WEC 14 days after drenching, to check the drench was effective.”